Iceland is incredible. It’s a beautiful, powerful, majestic country. Don’t just take my word for it: let the photos speak for themselves. During our week in Iceland, we signed up to go on the South Shore Adventure Bus Tour. It was a large group tour but it was so worth it. I would do this tour again in a heartbeat.

As we began our drive out of the city, the landscape changed drastically. It started to look like something out of a sci-fi movie. I kept having to remind myself that everything I saw was in fact real.

This was our last full day in Iceland and we were rewarded with it being the first sunny day since we’d arrived. Our first stop was at the picturesque Eyjafjallajökull volcano. Our guide said it was a great day for pictures in front of it since it was such a clear morning. 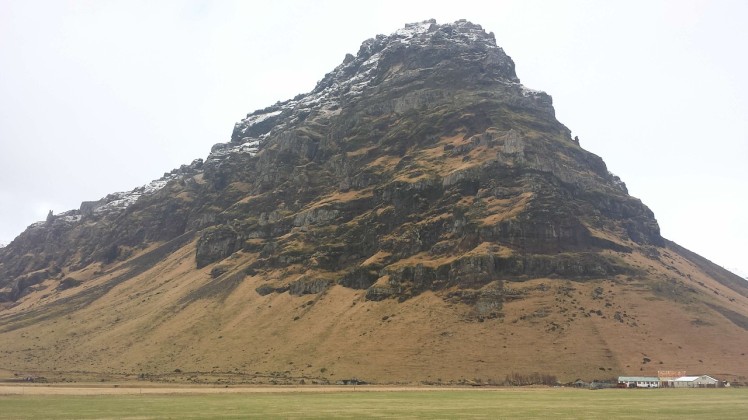 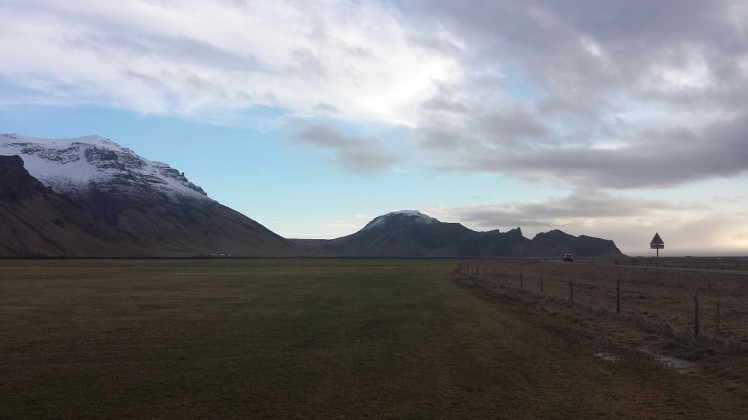 Next up was a stop at Skógafoss waterfall. It was awe-inspiring to stand at the base. As an added bonus, we were able to hike up the stairs next to it to take in the view from above. If you also opt to go that route, just know you’ll be out of breath by the time you reach the top. 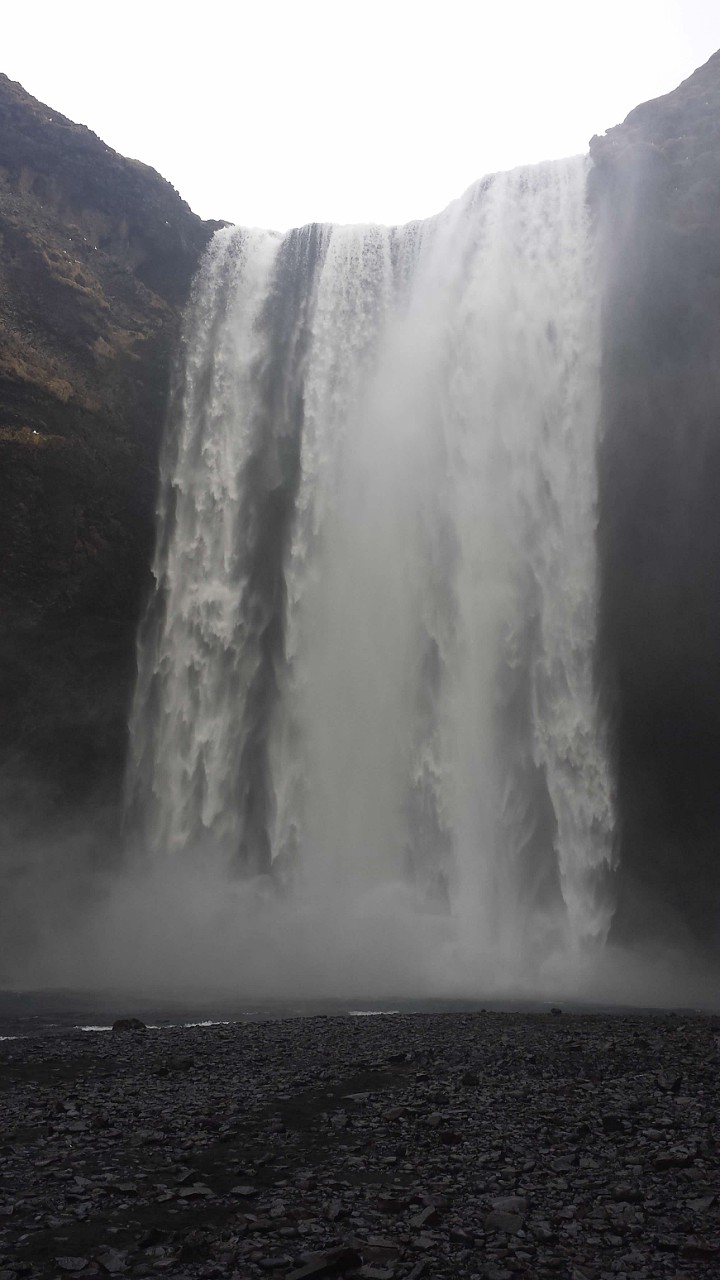 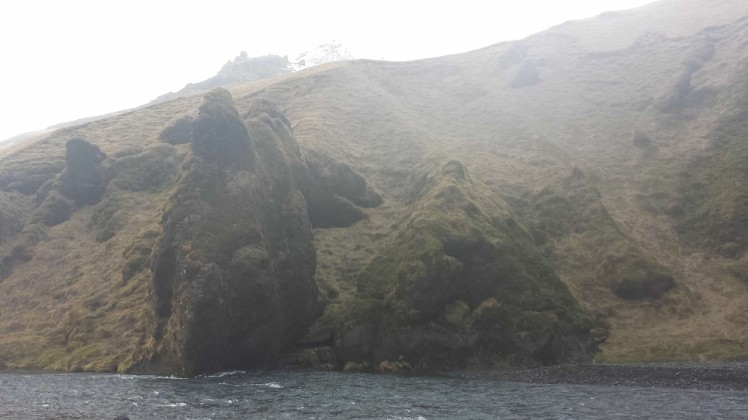 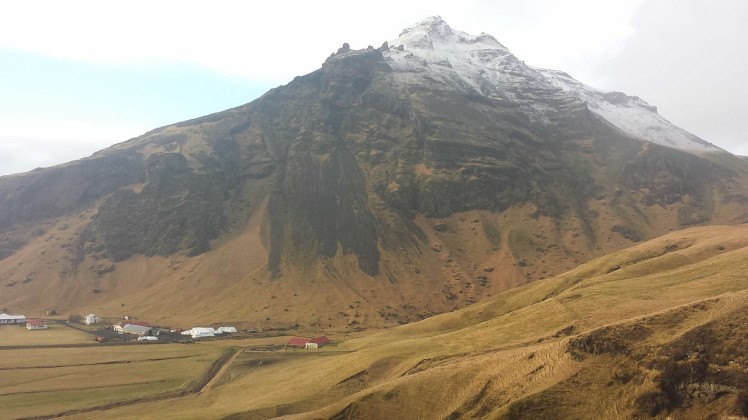 Next up was the infamous black sand beach, Reynisfjara. Be aware: the power of the Atlantic is no joke. Every year, people, distracted by trying to capture the perfect shot, are knocked off their feet by the crashing waves and caught up in the strong current. So please, please don’t get too close to the water. 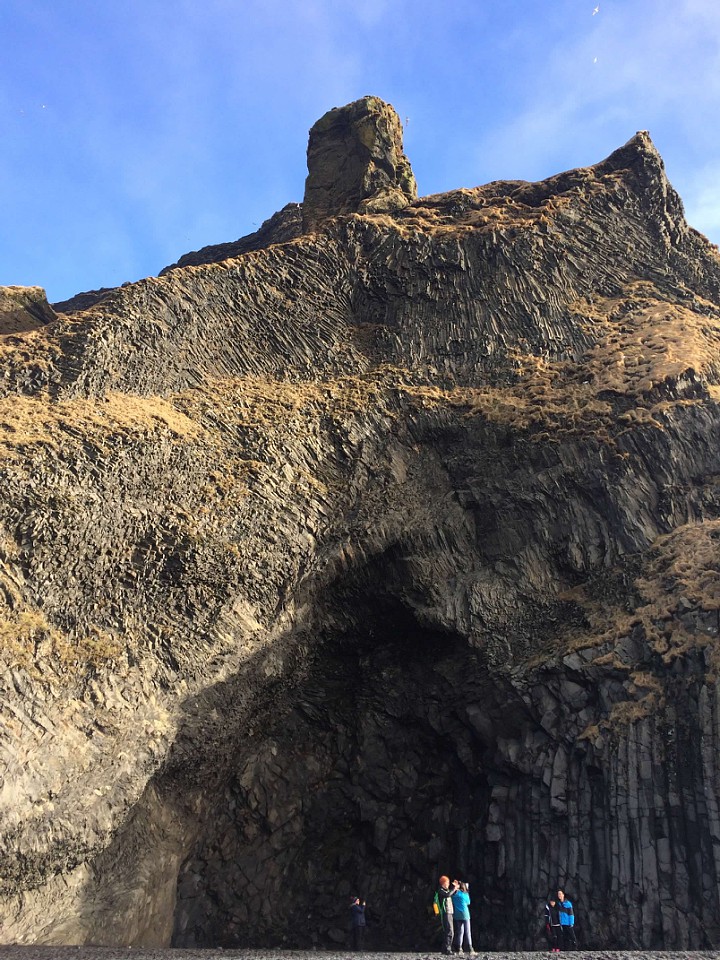 As if we hadn’t been overwhelmed by the natural beauty surrounding us already, our next stop was the Mýrdalsjökull glacier. Due to climate change, the glaciers in Iceland are melting. It was strange to me to be in a place where everyone readily acknowledged and accepted global warming as fact- that’s definitely not the case in the US. Icelanders know it to be true because they see the proof reflected in the landscape around them.

After our trek out to the glacier, we stopped at the village of Vik. After a brief speech from one of the museum workers, we wondered around exploring ancient artifacts and a replica of a viking village. (I didn’t take many pictures here. My phone was struggling with being out in the cold all day and kept shutting itself off. Since we had another stop left I wanted to make sure I’d be able to get pictures there too.)

Our final stop of the day was at Seljalandsfoss waterfall. Here we actually got to walk behind the waterfall! If you also go that route just know you’ll end up completely soaked as a result of your adventure. I wish we’d stopped here earlier in the day- the sunlight was nearly gone by the time we arrived. 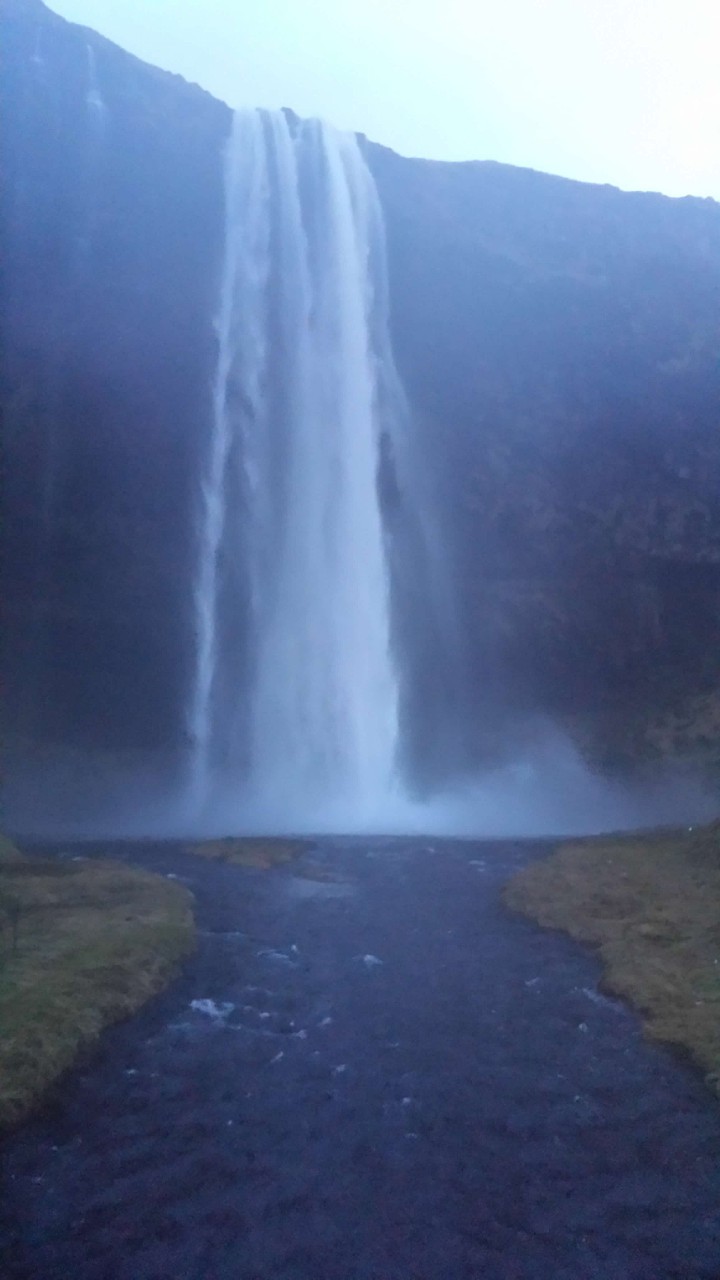 If you’ve been on the fence about whether or not you should visit Iceland, I’m here to tell you the answer to that is a resounding yes. Ben’s already said (multiple times) that he wants to go back. Eventually we will, we just have so many places we need to go to first.